Qihua Xiong received his B.S. degree in physics from Wuhan University in 1997, and then finished three years graduate studies at the Shanghai Institute of Applied Physics, Chinese Academy of Sciences. He went to the United States in 2000 and received Ph.D. degree under the supervision of Prof. Peter C. Eklund from The Pennsylvania State University in 2006. After three years postdoctoral experience in Prof. Charles M. Lieber’s group at Harvard University, he joined Nanyang Technological University as an assistant professor in 2009 and promoted to Nanyang Associate Professor in 2014. He was promoted to full Professor in 2016 recently. He is a NRF Fellow awarded in 2009 by Singapore National Research Foundation. He is the recipient of IPS Nanotechnology Physics Award (2015) and Nanyang Award for Research Excellence of NTU (2014). Dr. Qihua Xiong’s research is motivated by the understanding of the light-matter interactions in quantum matter by steady-state and transient optical spectroscopy. His group is notable for recent breakthrough discovery of laser cooling of semiconductors and sideband Raman cooling of optical phonons, as well as the low-frequency shear and breathing modes, and the correlated fluorescence blinking in 2D layered semiconductor materials and heterostructures. Most recently, Dr. Xiong has ventured into the field of strong light-matter interactions in 2D semiconductors and perovskite crystals, with the recent demonstration of room temperature exciton polariton Bose Einstein condensate and lasing in perovskite crystals. Dr. Xiong has published more than 200 papers, which attracted more than 8900 times citation with an H-index of 55. His outstanding achievement has been recognized by a few prestigious awards, such as IPS Nanotechnology Physics Award (2015), Singapore National Research Foundation Inaugural Investigatorship (NRFI) Award (2014) and Nanyang Award for Research Excellence by NTU (2014). Since 2018, he was appointed as the Associate Editor for Optics Express, the flagship open-access journal by Optical Society of America, Deputy Editor for InfoMat, a newly established journal dedicated to information materials by Wiley, and Associate Editor for Journal of Semiconductors. He was elected Fellow of American Physical Society in September 2018. He serves as international advisory board for many prestigious international journals, such as ACS Photonics, Journal of Physics D: Applied Physics (IoP), Science China Materials, and Nano Research, Springer. 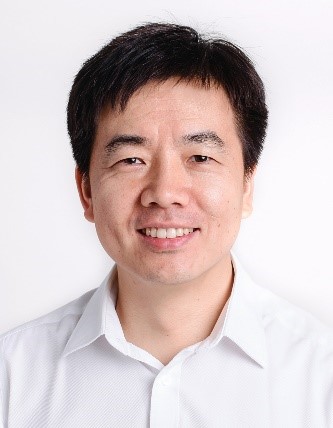