Professor Tan Choon Hong is currently the president of Singapore National Institute of Chemistry (SNIC), the chair of the School of Physical & Mathematical Sciences (SPMS) and the director of CNY Scholars Program. He graduated from National University of Singapore in 1995 with first-class honors. Later, he obtained his Ph.D. in Chemistry from the University of Cambridge in 1999 and worked as a Postdoctoral Fellow at Department of Chemistry and Chemical Biology, Harvard University from 2000 to 2002. Subsequently, he joined the Department of Biological Chemistry and Molecular Pharmacology, Harvard Medical School as a Research Associate before starting his independent career as an Assistant Professor at the National University of Singapore in May 2003. He was promoted to Associate Professor in 2010 and held a Dean’s Chair Professorship from 2011 until his move to NTU in 2012, and he was promoted to full Professor in 2016.

Professor Tan is internationally renowned for his original and outstanding contributions to the field of organocatalysis and ion-pairing catalysis. He has developed 3 generations of catalysts, chiral bicyclic guanidine、chiral pentanidium, and chiral bisguanidium, and used them to elucidate the roles of non-covalent interactions in catalysis. He has published over 110 top quality journal papers, (including Science, Nat. Commun., J. Am. Chem. Soc., and Angew. Chem. Int., Ed.), 3 book chapters and has received 7 patents (including two new drug molecules). He has an H-index of 42 and has close to 5800 citations. He is a regular reviewer for Angewandte Chemie and has served as guest editor of several journals. He has been invited by many important conferences and famous pharmaceutical companies (like S*Bio, Wyeth, and GSK) to give lectures. He has won numerous international awards including the Asian Core Lectureship Awards from Hong Kong (2009), Japan (2009), China (2010) and Korea (2010) and the prestigious GSK-SNIC Organic Chemistry Award (2011). He won the SPMS Teaching Excellence Award in 2013. 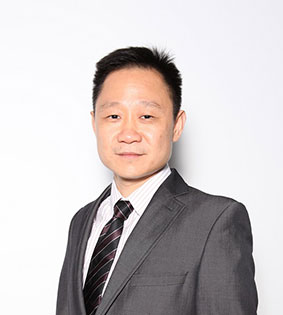