Wentong CAI is a Professor in the School of Computer Science and Engineering at Nanyang Technological University, Singapore.  He received his Ph.D. in Computer Science from University of Exeter (UK) in 1991.  His expertise is mainly in the areas of Modelling and Simulation (particularly, modelling and simulation of large-scale complex systems, and system support for parallel and distributed simulation and distributed virtual environments).  He has published extensively in these areas and has received 12 best paper awards at the international conferences.  Prof Cai has extensive collaboration with industries and research institutes in Singapore on simulation-related projects.  He is an associate editor of the ACM Transactions on Modeling and Computer Simulation (TOMACS) ) – the top journal in Modeling and Simulation, editor of Journal of Simulation (JoS), and an editor of the Future Generation Computer Systems (FGCS) – a premier journal in High Performance Computing.  He has chaired a number of international conferences on modeling and simulation.  Most recent ones include: ACM SIGSIM PADS’17, SIMUTools’16, and IEEE/ACM DS-RT’15. 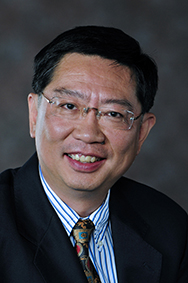