WANG, Danwei received and his Ph.D and M.E.S. degrees from the University of Michigan, Ann Arbor, USA, in 1989 and 1986, respectively, and his B.E. degree from the South China University of Technology, China, in 1982. Currently, he is a professor, School of Electrical and Electronic Engineering, NTU, Director, ST Engineering-NTU Corporate Lab. He also served as Director, EXQISITUS, Centre for E-City, and Deputy Director of the Robotics Research Centre. From 2005 to 2011, he served as Head, Division of Control and Instrumentation, a member of School Management Committee and a senator in NTU academic council. He is also a facilitated faculty member in Singapore Arm Force - Nanyang Technological University Academy (SNA).

He was awarded the Alexander von Humboldt Fellowship in Germany from 1996-1997. He is an Associate Editor for the International Journal of Humanoid Robotics since 2003, Member, Editorial Board, International Journal of Vehicular and Autonomous Systems and Advisor for ASME Book Series in Robotics Engineering. He has served as guest editors for various journals, including Journal of Field Robotics. He has been invited to deliver keynote speeches in 9 international conferences and workshops and he was awarded the best conference paper award or in the final list of best conference paper award. He has served in the International Program Committees for IEEE IROS 2006 (Technical Co-Chair) and many recent IEEE IROSs and IEEE ICRAs as Associate Editor. He is a senior member of IEEE and active in conference organization (as general chair, technical chair, keynote chair, etc).

He is actively involved in teaching and research related to robotics and control. He has developed and taught postgraduate and undergraduate courses on engineering mathematics, control engineering and robotics. As at Oct 2013, he has completed research projects with total fund of 13million SGD (USD/SGD=1.25) and has on-going research project fund of 30million SGD. Dr Wang has been working on robotics/control since 1985. He is a recognized expert on iterative learning/repetitive control theory and applications. He has been working on outdoor mobile robotics since 1995 and was a team leader in a collaboration project with PSA. He led two teams of professors and researchers to pass the qualifying rounds and participate in the Finals of both TechX Challenge 2008 and 2013, respectively, which are outdoor autonomous robot competitions. He was instrumental in the developments of two laboratories for outdoor mobile robots and intelligent robotics in the school of EEE. In recent years, he has successfully developed a framework of fault diagnosis and isolation for complex and hybrid systems. He has also made substantial contributions to the field of satellite formation flying and satellite attitude fault tolerant control. He is the supervisor for 29 Ph.D theses, 38 Master theses and 27 post-doctorates/visiting researchers. He has published 4 books, 7 book chapters, 6 patents (5 published and 1 filed) and over 400 technical papers and articles in international refereed journals and conferences. His research interests include a wide range of topics: robotic manipulators and force control, advanced control design, intelligent systems, learning control, mobile robotics, mobile robot path and trajectory control, satellite formation flying and fault tolerant attitude control, fault diagnosis and prognosis for complex systems, traffic light control. SCI citations to his papers amount to 3614 as of Feb 2017. 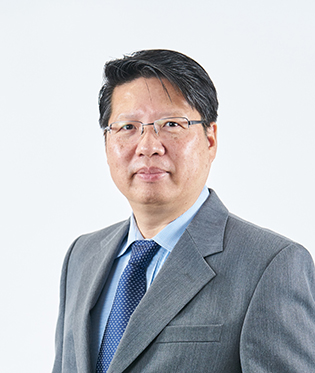